Since it was created 11 months ago, the American Sports Network has become the primary television outlet for Old Dominion football and basketball. That role became even more pronounced Monday, when the network announced that seven of the 30 Conference USA football games it will televise this fall will involve ODU.

Fox Sports picked up just two ODU football contests – home games with C-USA preseason favorite Western Kentucky on Oct. 31 and Texas-El Paso on Nov. 14 – during the initial round of TV selections on June 1. The CBS Sports Network did not pick up an ODU football game for the second year in a row. CBS wanted to do the N.C. State-ODU game on a Friday night for a national broadcast, but the Wolfpack declined.

That left ODU with just two TV games, the fewest in the 13-team league. However, thanks to ASN, the school’s TV profile is comparable with its C-USA rivals.

ESPN3, which broadcasts on the internet and over streaming devices, announced last week it will carry the opener on Sept. 5 at Eastern Michigan.

Norfolk State also picked up an additional broadcast – a Sept. 19 contest at Marshall at 3:30 p.m. will precede the N.C. State-ODU contest.

Athletic director Wood Selig acknowledged that without ASN, his school’s TV schedule “would not be a pretty picture.”

“I love ASN,” he said. “That’s the beauty of having a league that goes three tiers deep with television partners. It’s not like ASN is the minor leagues. They’re every bit as good as our Fox and CBS partners.”

ASN was created last summer by the Sinclair Broadcast Group, which has affiliates that reach nearly 40 percent of American TV homes. Conference USA was the first league to sign an agreement with the network, which has more of a national profile than Fox’s regional sports networks.

ASN’s broadcasts are syndicated onto regional cable TV networks that reach Boston, Philadelphia, and Chicago. ASN broadcasts in markets with the largest concentrations of ODU alumni, including Richmond, Washington, Roanoke-Lynchburg and Raleigh-Durham. It also reaches key recruiting markets for ODU with stations in Atlanta, Pittsburgh and Rochester, N.Y., as well as four in South Carolina.

“This deal was put together pretty quickly last year,” McCallister said. “This year we have more time to sell it and more time to promote it properly.”

ODU officials were surprised the Sept. 26 home game against Appalachian State wasn’t chosen for broadcast. Appalachian State is a three-time Football Championship Subdivision national champion and has a large fan base. Both ODU and Appalachian made their FBS debut in 2014. Appalachian, which returns 20 starters, finished 7-5 and third in the Sun Belt Conference. ODU was 6-6 and tied for third in the C-USA East Division.

Having most of ODU’s road games on TV was critical this season, coach Bobby Wilder said. For the first time in seven seasons, the Monarchs won’t play a road game within an easy drive of Norfolk. Marshall, a seven-hour trip from Hampton Roads, is the closest.

“It’s a major challenge for our fans to travel with us this season,” Wilder said. “So it’s really important that four of our five road games will be televised.

“I think things worked out well. We have a great TV schedule.”

About the Author: Administrator 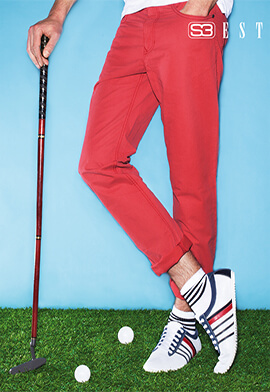 July 25, 2016
I love stepping out from working all day into the moon light and warm air. However, while driving...
Read more >>

The Travel Tips You Need This Summer

How to Survive the First Semester of College

August 07, 2015
Whether you are staying on campus or staying home with family, your first semester of college can be...
Read more >>

Welcome to Faithful Fanatics, we sell custom backpacks and custom luggage, suitcases and carry-ons for Universities and Colleges in Virginia.